On November 8, 2018, it was not my birthday in Sweden, where Vargskelethor (A.K.A. Joel from Vinesauce) uploaded the VOD featuring the Doom WAD I submitted for his contest. It was my birthday during that time here in The States. Time is fun.

I told everyone when he finally played it I would upload it for everyone to enjoy, and here it is, and then some.

Get Up And Kill! (Colloquially known around by me and my friends as “Guac” like Guacamole but pronounced by Joel as “GWEK” so I guess it’s “GWEK” now) is a single Doom level for GZDoom made with the intention of feeling like a semi-retro mod that could’ve been made with PrBoom+ and some DeHackEd patches.

Onto the actual release, I actually have three versions of Get Up And Kill to give you today. Championship Edition, Director’s Cut, and Original Mix.

CE is the warts-and-all WAD that was submitted directly to Joel’s contest. It features everything you see in the WAD as it showed up on the above-linked VOD and everything Joel missed as well. Untouched and preserved for archival and interest.

Obviously, I can’t say I made a patch and then not release it, right? DX is GUAK with a few post-release quirks mitigated and fixed, though still a little rough around the edges. Differences between CE and DX:

Obviously these fixes actually make GUAK-DX smaller in filesize than GUAK. I highly recommend it.

The final version of GUAK is a very special one. During the video, Joel mentioned that he’d love to play through the entirety of Doom 2 with the weapons. Well, now you can. The WAD was designed from the start to easily mesh with other Doom wads because I’m insane, and Original Mix allows you to mix GUAK weapons with almost any level you desire. Some discrepancies between GUAK (DX), GUAK OM, and Doom 2:

GUAK OM should work with most level packs, and anything that doesn’t rely on changing the guns at all. If you find any bugs while playing it, please let me know! I’d love to make this playable in all kinds of level packs if possible.

In closing uuuuuuuuuuuuuuuuuuuuuh, I think it’s funny that Joel referenced Meteor, one of my favorite DOS freeware games, when he first saw this wad. That’s really hilarious.

That’s it! That’s all! Please enjoy this thing I spent a lot of time on and tell all your friends. 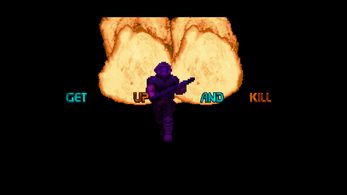 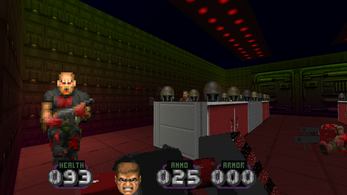 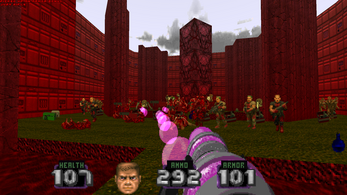 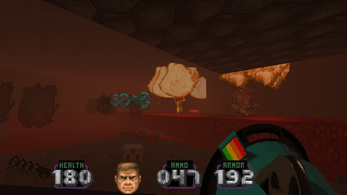 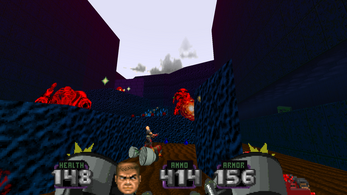